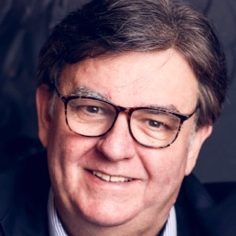 CARRER In his professional career from 1979 to 1998 he held several high level manager positions at a leading worldwide chemical distribution group and in a German medium-sized company, for international purchasing (Europe) and sales (Germany, Europe and Asia) of recycled plastics and engineering plastics and above in addition, the development of plastic recycling systems in Germany.

From 1999 to 2006 he was CEO of a daughter company of a large European Food Retailing Group 13.000 outlets to set up international purchasing (focus on Asia) and sales (Europe) of additives for the food, technology and pharmaceutical sectors. In the course of this activity was the initiator for the planning, development and construction of food ingredients processing plants in Germany.

From 2006 to 2016 he took on several leading management positions in a Saudi Family Holding in Riyadh and Dubai. His fields of activities covered Environmental Protection and Food Trading, Reorganisation of both of their Food Retailing Groups in Riyadh, associated with this was in 2015 a one-year project work in the vertical farming sector for the Stock listed Food Retailing Group.

Until 2015 1996 Co-Founder of „CD Collect“ (under the patronage of the former Minister of Environment of the Federal Republic of Germany, Dr. Angela Merkel) a CD Rom collection and recycling system for Germany, Austria and Switzerland,

Until 2008 Active member of the recycling committee of the AGPU, Bonn (Working group PVC and environment). Construction of various PVC recycling Systems for the window, floor, roofing membrane and pipe industry in Germany and Austria